Mike Has Been Recognized by a Number of Diverse Organizations -

A bunch of people demonstrated their love for Mike - We set out 400 chairs on Friday night but had over twice that many people show up! The chairs and stadium seating were filled as over 1000 friends and family remembered Mike. 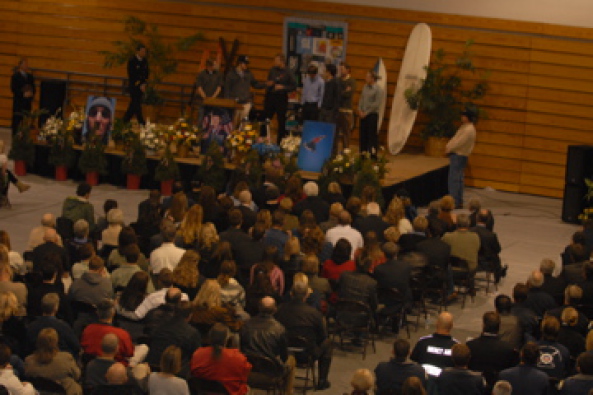 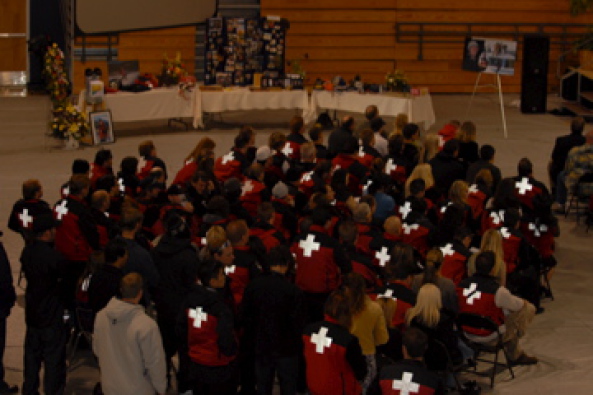 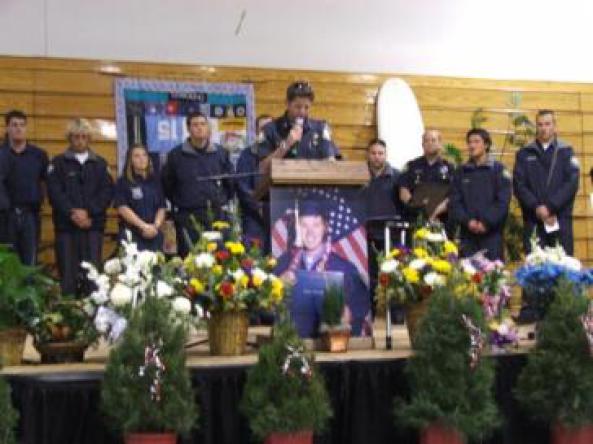 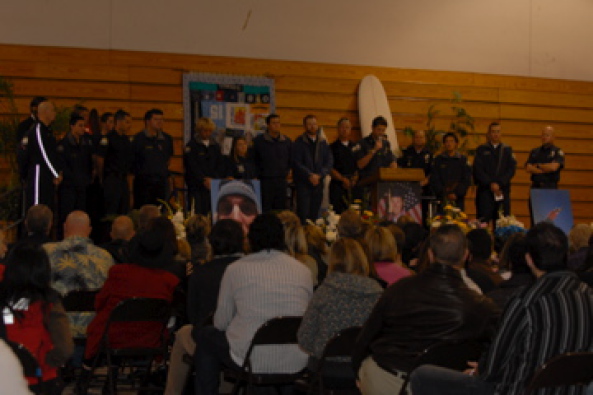 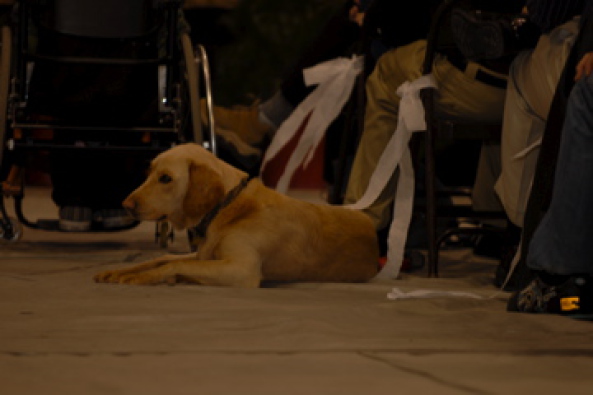 Daisy kept watch on the service

See Mountaineer-Progress Newspaper Article for info about the ceremony.

Thanks to: Harvey Gamble and Mike Ogborn for coordinating the SHS facilities; Quita Gonzales and MJ and Nate Jeffries for the AV displays; Mike Fell who officiated, and the other presenters who told Mike's stories; all of our friends who contributed flowers, food, pictures and helped set up the display tables; and especially to Jeff and Lisa Berg for holding our hands and helping us through this terrible time.

Note #1 - There was a basketball game on Friday night at SHS- After the game, we showed up with 75 people to eat pizza, erect the stage, rig the AV screens/computers, set up the displays and put out all those chairs. After the service on Saturday morning, all of this equipment had to be put away, so SHS could set up and use the gym for Winter Prom that night. Thanks again to all those who helped.

Note #2 - There were about 100 Ski Patrollers in attendance at the service. Ski Patrollers came in from other West Coast ski resorts on Saturday to cover Mountain High, so that the local patrollers could pay their respects to Mike. What a nice gesture from these brother and sister Patrollers.

Note #3 - Many of Mike's friends and co-workers had to be at work at Mountain High and so could not attend the service. Mountain High later hosted their own ceremony for Mike and Darren so that more people could attend. MH announced that Ski runs were being named after Mike and Darren. (See below.) 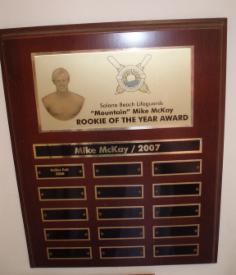 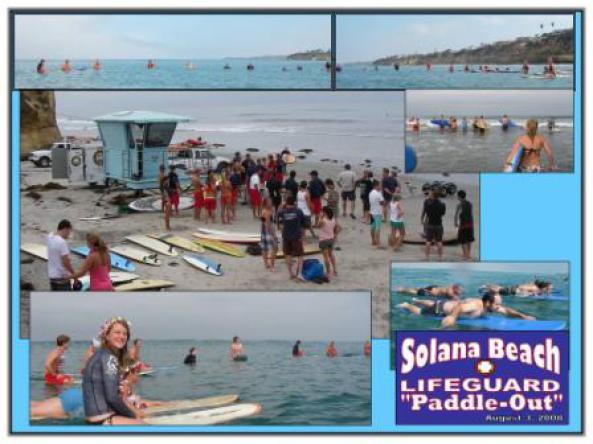 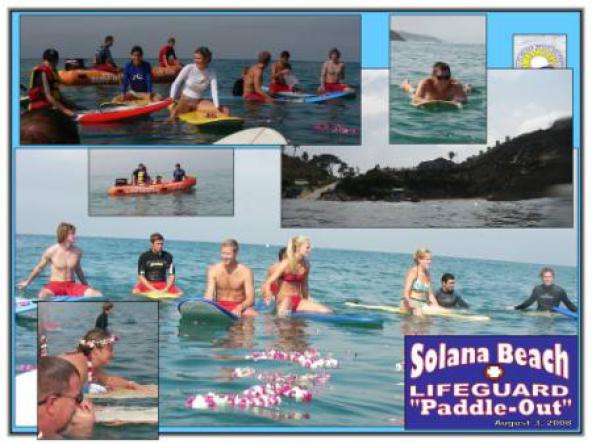 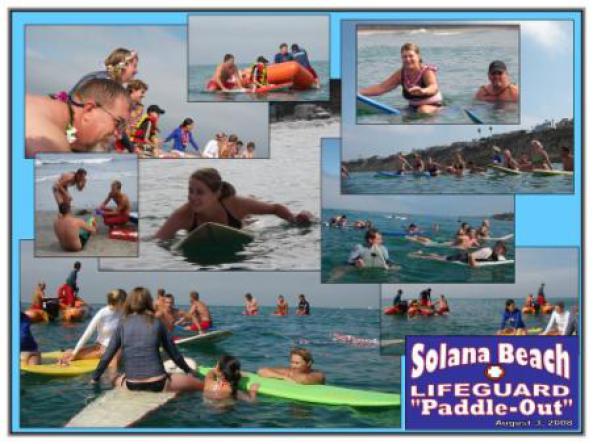 "Live Life - Remember Mike" - Those Wrist bands we hand out originated at this 'Paddle Out'... Ask us about our rings sometime 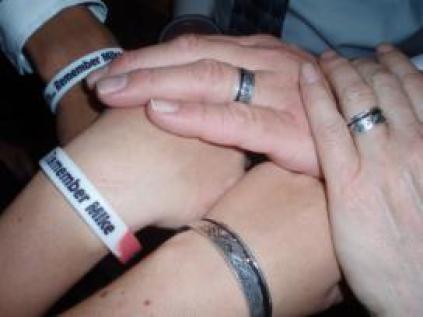 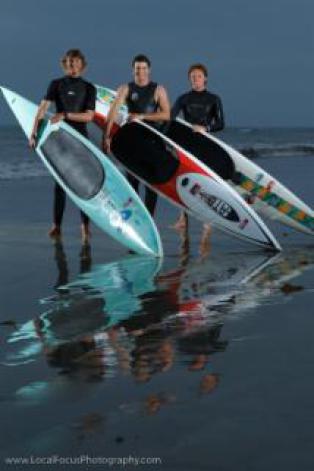 The Solana Beach Lifeguard Association then started the &quot;Iron Mike Paddle&quot; Race and Street Festival in 2013. 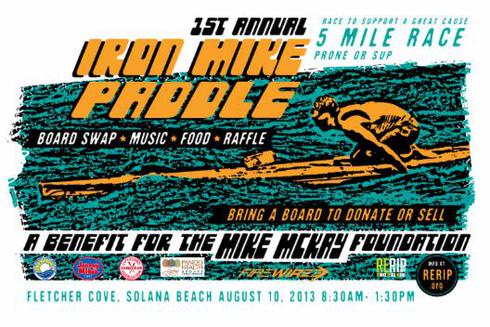 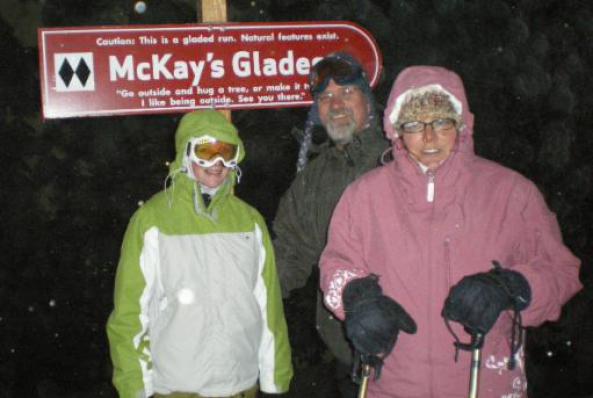 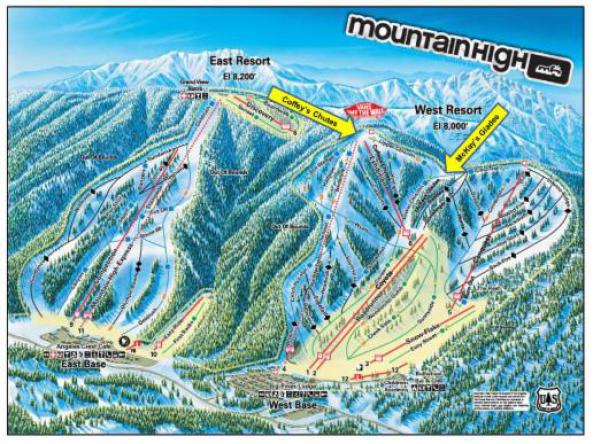 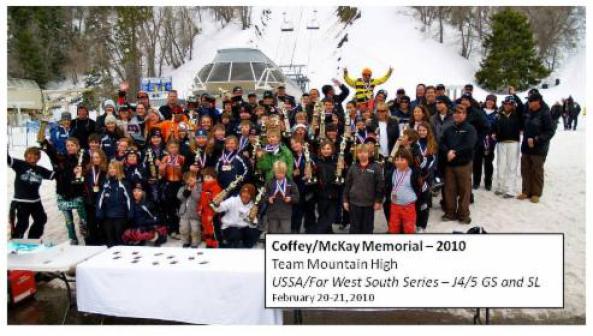 The Southern California Region of the National Ski Patrol has established the Mike McKay Memoral Student Patroller of the Year Award. (They confided that the top of the trophey reminded them of Mike!) 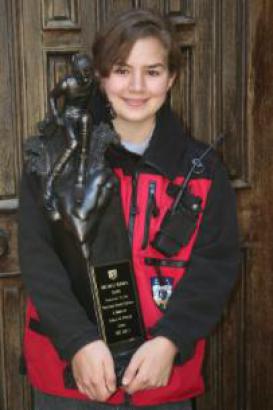 The Wrightwood Running Club decided to create a Halloween-themed race event in Wrightwood. Proceeds from the "Frightwood 5K at 6K" benefit our Foundation and other community organizations. (Also see "Frightwood 5K" Tab on our website.) 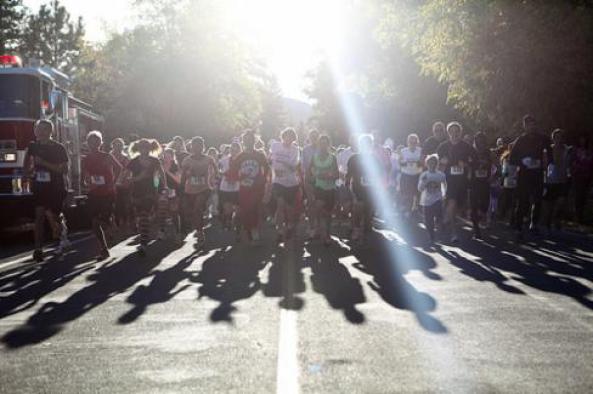 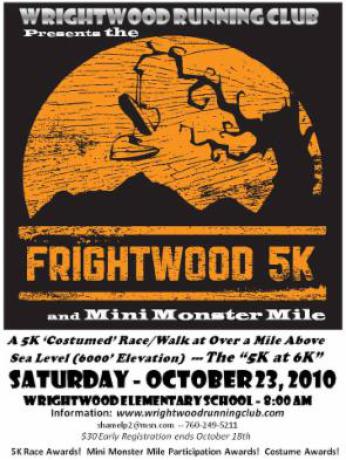 Remember the Quilt that was displayed at the Memorial service? A bunch of friends showed up that week to finish it off... Thanks, Ladies. 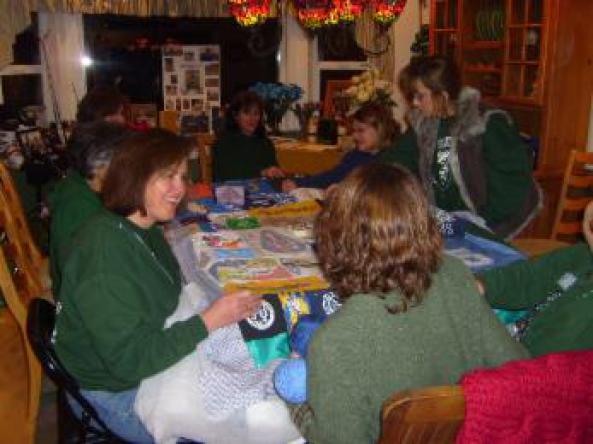 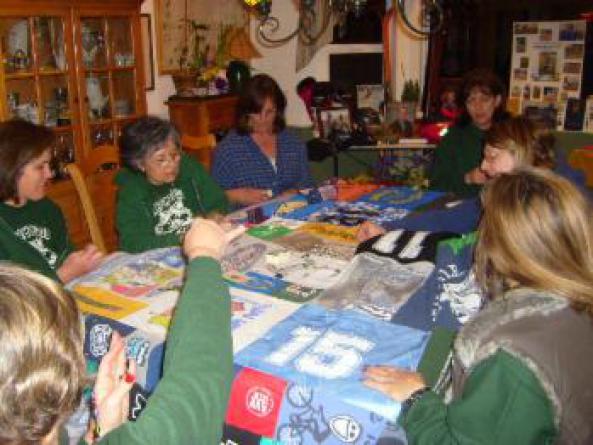 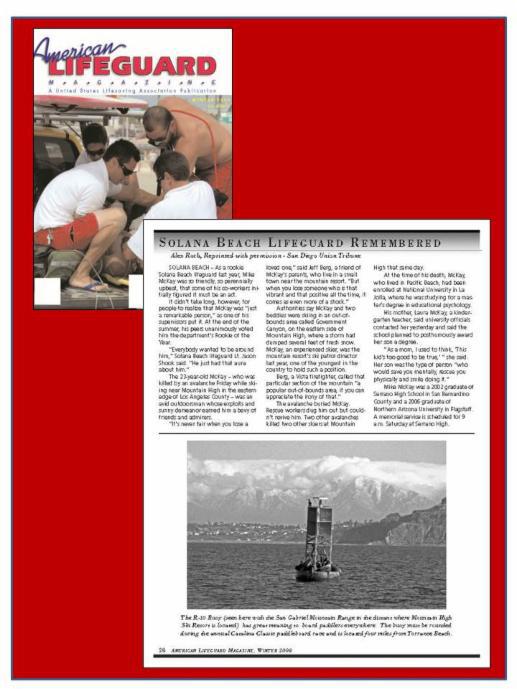 A “Star” was Named in his Honor

A Tree in Israel was Planted

National University (La Jolla, CA) - Based on his progress to date, Mike was posthumously awarded his Master’s Degree in Child Psychology. This award was announced at his memorial service. 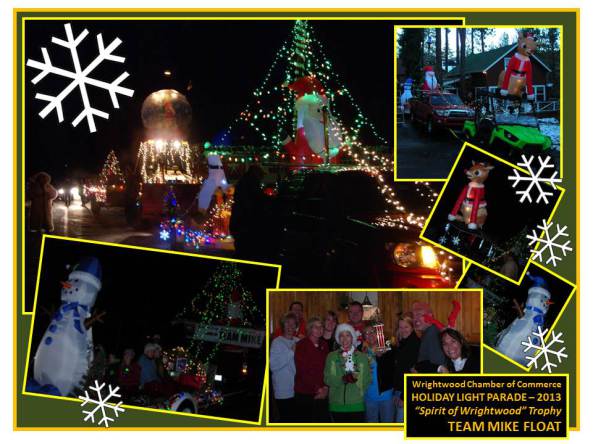